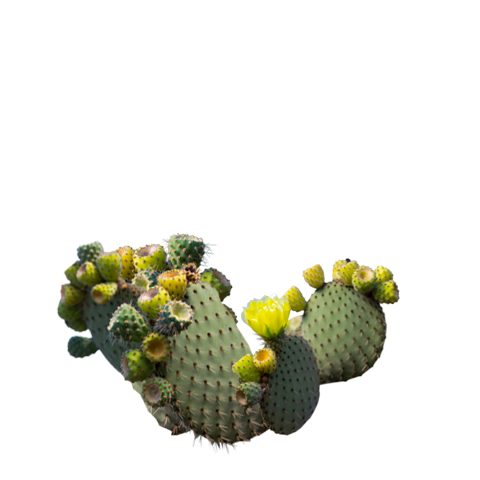 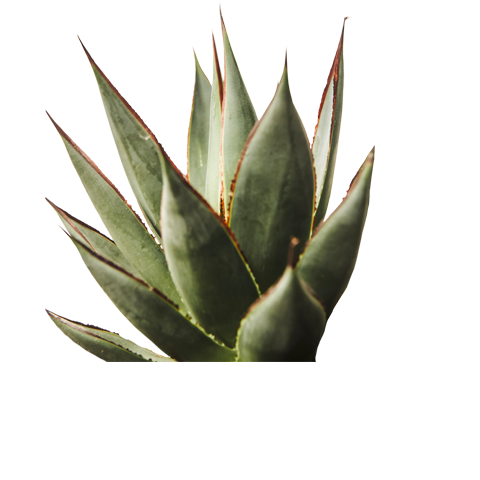 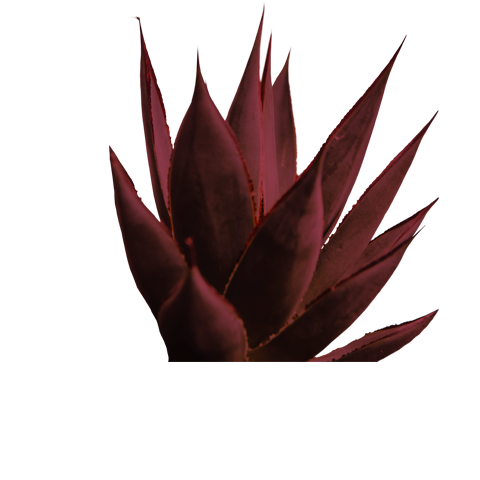 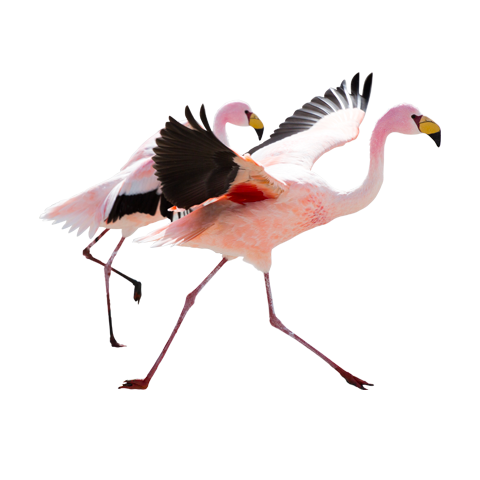 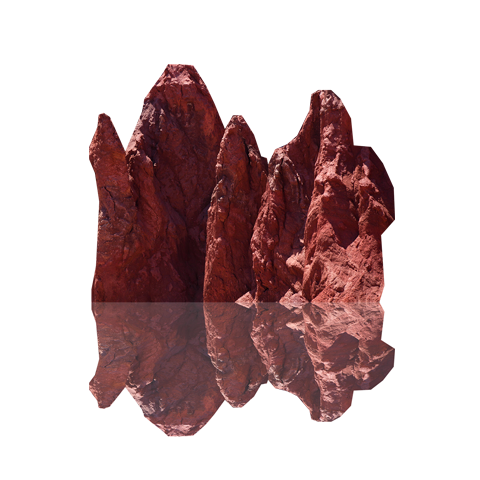 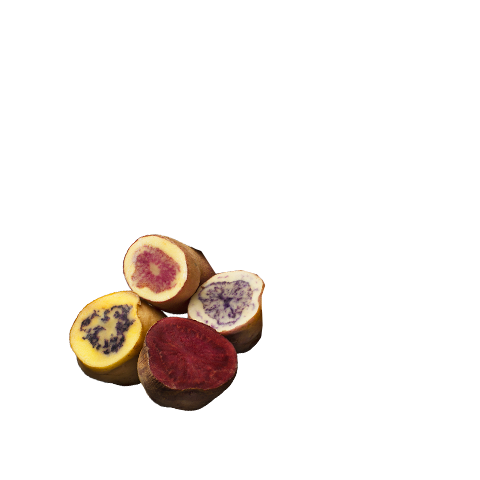 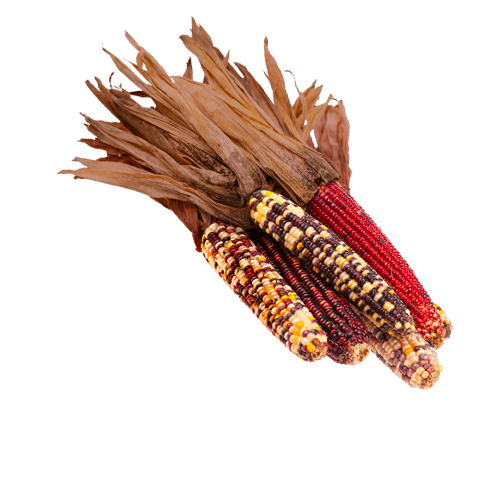 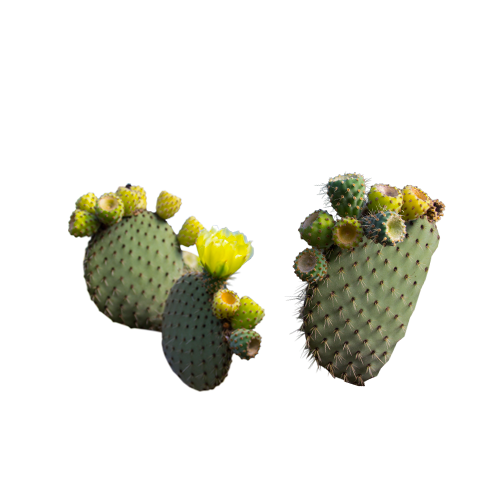 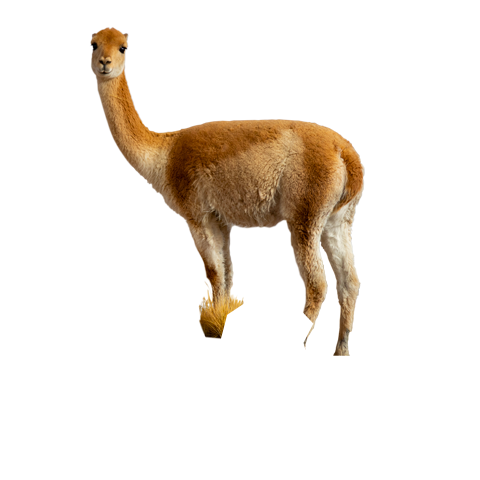 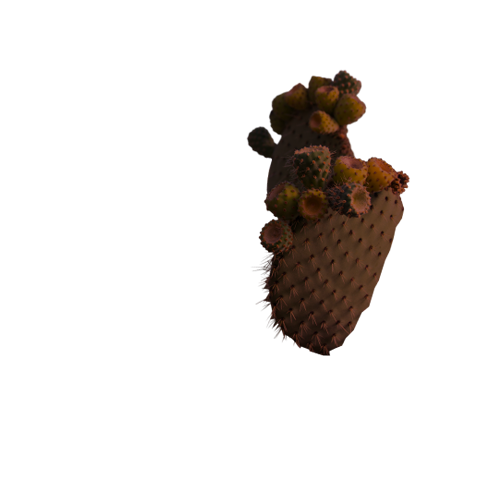 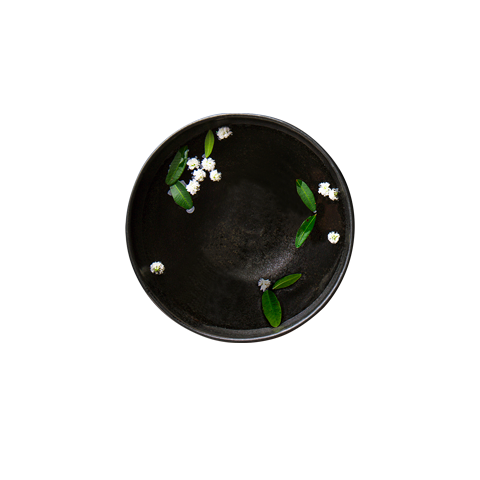 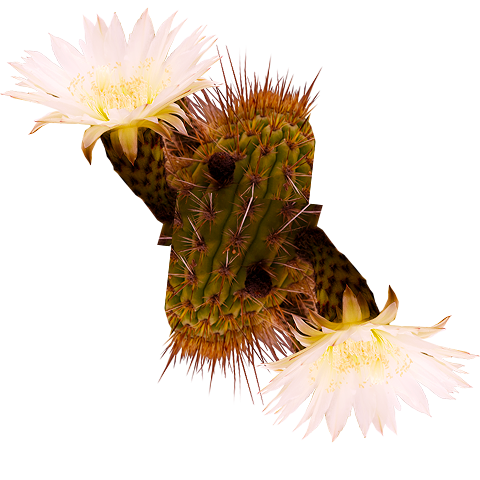 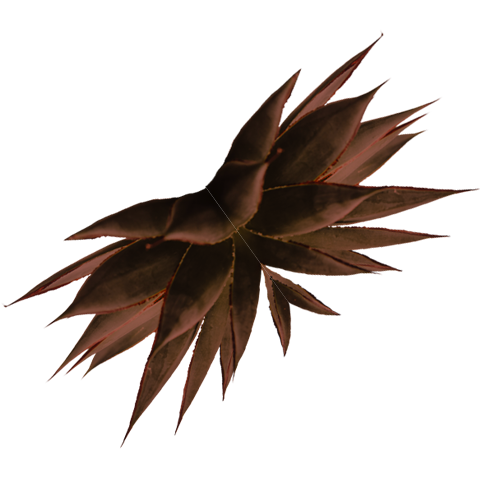 NAYARA ALTO ATACAMA IS PART OF 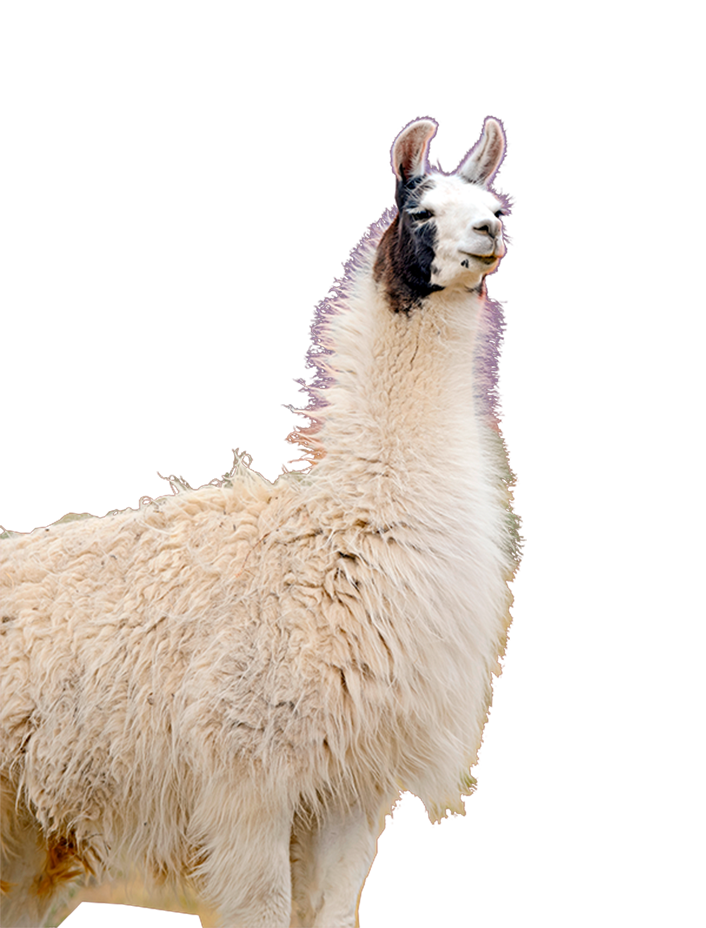 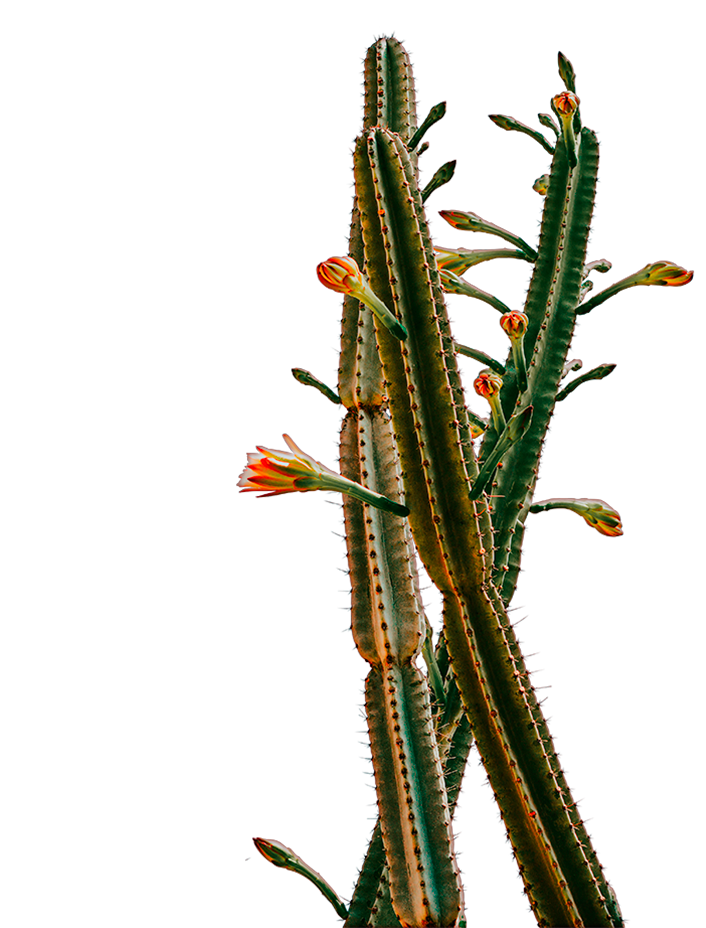 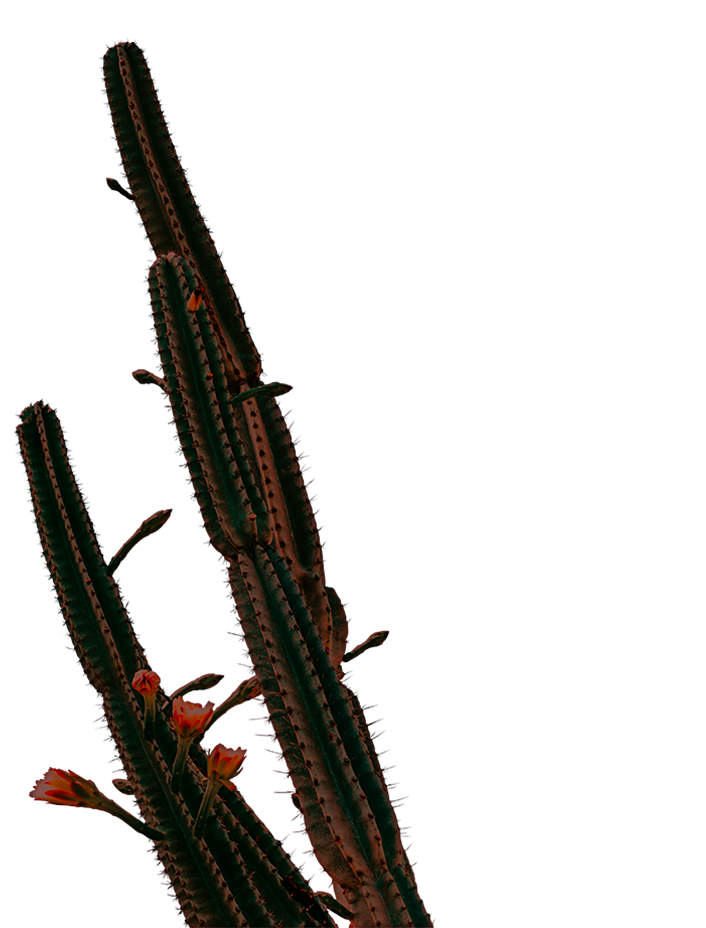 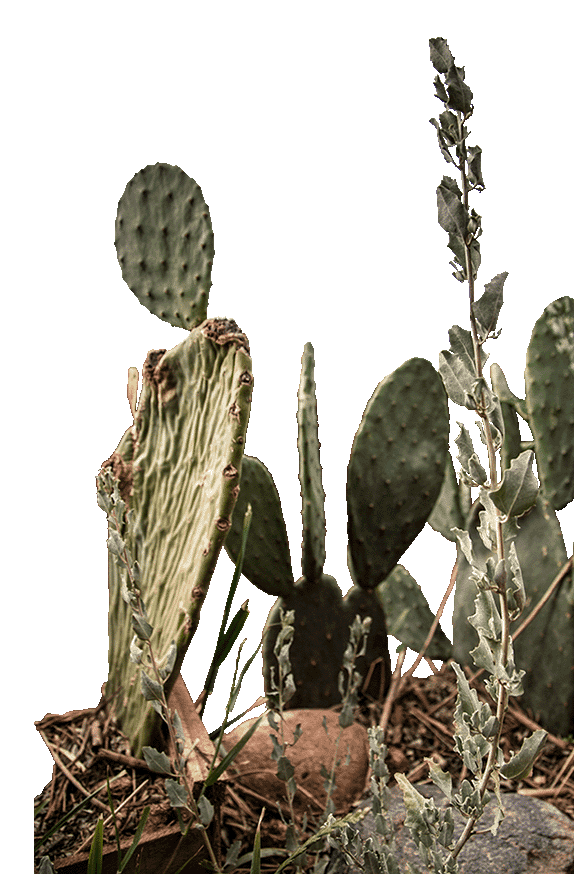 Our story is about stunning natural beauty, intimate spaces and connecting with nature. Our mission is to offer you authentic, warm and extraordinary service and share with you our genuine hospitality and local traditions. We take pride in our natural and cultural richness and on being environmentally and socially responsible in everything we do

How we do it

Our staff is the very soul of Nayara Alto Atacama. Our outstanding local men and women embody our internal mission of “heartfelt hospitality;” they all feel proud to work here, and to show the desert’s breathtaking natural beauty to our guests through their own eyes.

Passionate about his land, Alexis loves taking guests around the Atacama Desert. His roots are local, from the town of San Pedro, and his knowledge about the area is vast.

We believe exceptional memories start at the dining table. Our kitchen staff must exceed expectations and make sure guests have an unforgettable gastronomical experience. We are always thankful to the kitchen teams and we support them with training and education. They are at the heart of the Nayara Alto Atacama experience.

Our kitchens are driven by the mission to offer sustainable and healthy food that uses local and seasonally available products while supporting local farmers and producers. The aim is to get to “zero kilometers” of distance between our produce and our kitchen.

Rodrigo began his studies in cooking in 1999, at INACAP Chesterton, where he also had the opportunity to do internships while he was studying. From his graduation until his departure to Canada, he worked in different restaurants as a cook and educational establishments as a cooking instructor, and continued his studies in gastronomic management, agroecology, organic farming, leadership and conflict resolution. Once in Canada, he resumed his studies and graduated in Hospitality and Tourism Management, Culinary Arts and from there he began to work in different hotels, such as the renowned Kingsbrae Arms Relais & Chateau, as well as specializing in HACCP and being certified in English as a second language. He linked up with local producers and fishermen to be able to develop the different menus based on the freshest available, always taking the seasonality of the products as a reference. Upon his return to Chile, he was chef at Lapostolle Residence, Relais & Chateaux and later at VIK. He participated in gastronomic festivals in Uruguay, Argentina, Peru, Brazil, the United States, Canada, France, Italy and Monaco, in addition to doing internships in two of the best restaurants in the world: Blue Hill at Stone Barns in NYC and Mirazur in Menton, France. He also specialized in wine (WSET) and founded two enterprises related to the production of salt flakes and charcuterie. Today he is the Executive Chef of Nayara Alto Atacama, where he is working to bring the hotel's gastronomy hand in hand with the 4 pillars of his work philosophy: fresh, local, seasonal and organic.

We think local: we want our community to thrive. Alto Atacama is known in the area as being a stable place to work, and most of our team comes from the neighboring towns. We give yearly scholarships to young people to finish high school, both in the area or other places in Chile.

Our mission is to go beyond sustainability towards Regenerative Travel -not just slowing environmental impacts but actively restoring nature to its previous glory through reforestation projects and investing in the local community. We continue to be environmentally and socially conscious, with a renewed focus on energizing and enhancing The Atacama Desert for generations to come.

At Alto Atacama, sustainable tourism is our driving motivation: our architecture was inspired by the desert, and all colors, textures and materials reflect the local Licancabur culture and hundreds of years of Atacama history. We believe in building in harmony with nature, leaving space for wildlife and wilderness, while contributing to the growth of our local community.

Our rooms are oriented smartly to maximize the heating effects of sunlight and ventilation, minimizing the need for air conditioning and heating. Moreover, a special thermic material covers the adobe rooms to maintain the heat in the winter and make summers enjoyable.
Water is the most precious resource in the desert. We recycle and treat our well-water, and we have a reverse osmosis system that makes the water drinkable. After water is used in the hotel it gets recycled and used to irrigate and nourish the garden.

Alto Atacama has been recognized with the stamp “S” of Sustainable Tourism. This recognition is the equivalent of a sustainable-tourism award from the Global Sustainable Tourism Council (GSTC) or the World Tourism Organization (OMT). It recognizes the efforts and actions of the hotel toward a more sustainable future. The “S” stamp guarantees that the hotel follows all of the global criteria for sustainable tourism, in all socio-cultural, economic and environmental aspects.

Our in-house botanist, Veronica Poblete has painstakingly worked for many years to create an Andean Scape Garden -the only grown garden in the world, in the natural oasis where the hotel is located. She has rescued the ancestral culture of the desert through garden design. Over 2000 square meters of dry altitude desert land are planted with amazing altiplanic trees, interesting cardi, shrubs and Andean edible plants. There is also a salty artificial pond where aquatic life thrives. Stonework, water features and the amazing landscape are complemented by the Llama corral.

The Llama, (Lama Glama), is a South American member of the camel family, closely related to the alpaca, guanaco and vicuna. They are very social domestic animals, and the legend goes that they were bred during or before the Inca Civilization as a beast of burden. At the hotel we have a large Corral where the Llamas spend the day grazing on grass and delighting our guests.

We believe in leaving no trace in the desert and we have strict protocols to minimize the trash in the hotel. We recycle paper and carton, aluminum and glass and later on everything is taken to the city of Calama to be treated and reused.

“Barren yet beautiful, Chile's Atacama Desert is an alluring world of sand and rock”

“This beautiful resort in the Atacama desert does everything perfectly. The decor is zen-like respecting the desert surroundings.”

“Alto Atacama was an ideal place to rest, relax, recharge when not out and about. It is truly an oasis in the desert and you can really disconnect and just enjoy the surroundings.“

“We have traveled throughout Chile many times, and while we have enjoyed all of the locations in Chile where we have been, nothing has been as special and unique as the Atacama Desert and we are delighted that we chose this lodge to be our home base there.”

“Astronomical interest isn’t, however, limited to the professionals. The Alto Atacama features its own high-powered telescope, concealed a short walk from the accommodation complex so as to shut out even this meager possibility of luminous interruption.”

“When I arrived at the Alto Atacama, I could barely feel more comfortable. Tucked into a gulch just outside the local "capital," San Pedro de Atacama, this luxury hideaway might feasibly be missed by the unobservant passerby; its adobe-walled suites all but camouflaged by the sandstone ridges framing them. Within, there’s a little spa, a gourmet house restaurant, and a cluster of swimming pools gasping in the morning heat.”

nayara alto atacama is part of